Click here for the stories of the fifteen men from the Land Registry and the Registry of Deeds who were killed in action during the First World War.

On 09 November 2018 two wreath laying ceremonies were held by the Property Registration Authority to mark the 100th Anniversary of Armistice Day and to remember the fifteen men from the Land Registry and the Registry of Deeds who were killed in action during the First World War. The event was attended by staff, representatives of the Royal Dublin Fusiliers Association (RDFA) & Leinster Regiment Association Ireland (LRA, I), and relatives of some of the men who died.

Events began at the Registry of Deed when Walter Hemmens was shown employee records of his grand uncle William F. Bassett by Chief Executive Liz Pope and Archives Manager Ellen Murphy. Bassett was born in Waterford in 1883 and was appointed to the Registry of Deeds in 1905. A part-time reservist since 1908, he volunteered for active service at outbreak of First World War. He served initially in Salonika, Greece before promotion to lieutenant & transfer to 2/10th Royal Scots. He was awarded a Military Cross for Bravery. He died in Russia, 27 October 1918, two weeks before Armistice. Poignantly news of Walter’s death reached the Registry of Deeds Office on 11 November 1918, the same date the armistice was announced.

The official ceremony opened with a welcome address by Liz Pope who spoke about the personal experiences of the staff from Registry of Deeds and Land Registry who served in First World War and the devastating impact their death had on their families, friends and colleagues in Dublin. Brian Moroney representing the Royal Dublin Fusiliers Association spoke movingly on the importance of remembrance of the First World War for the island of Ireland. Over 210,000 Irish men joined the British Forces, and over 49000 men from Irish Regiments were killed during the four year conflict.

Philip Lecane (RDFA) and Kieran Carey (staff) than laid a wreath at the Registry of Deeds Memorial plaque whilst Emily Moore (staff) read names and date of death of the six men from Deeds who were killed. Walter Hemmens, who had travelled especially from the UK to participate in the ceremony read the beautiful poem by Laurence Binyon “For the Fallen” . Following this the group moved to Chancery Street and a wreath was laid at the Land Registry Memorial plaque by Adrian Bradley (staff) and John Hollinsworth, (LRA, I). The names and date of death of nine men killed were read by Eilish Moroney (staff) followed by one minute of silence.

The individual stories of each of the 15 men who are commemorated on our plaques were researched by Eilish Moroney and Ellen Murphy and can be viewed here. As well as the 15 men killed, approximately 75 other men from the Registry of Deeds and Land Registry enlisted in the British Army during the First World War. Though they survived, they returned to an Ireland that was very different from when they departed. We will be publishing additional information regarding their experiences in 2019. 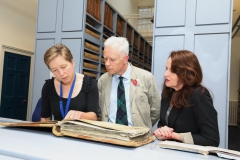 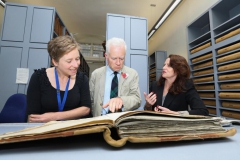 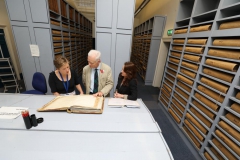 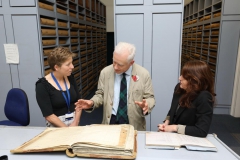 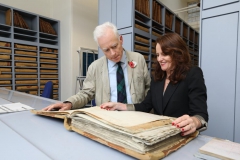 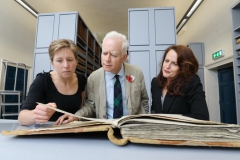 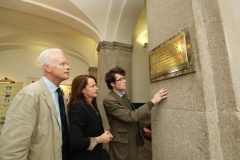 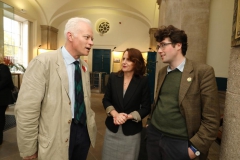 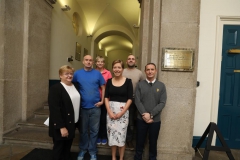 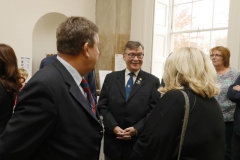 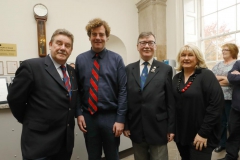 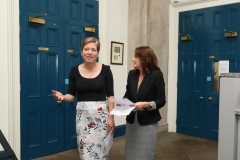 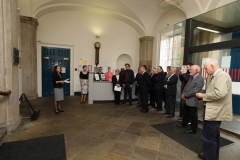 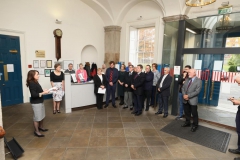 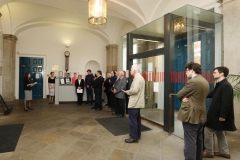 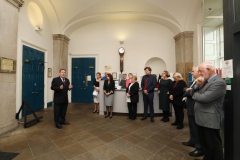 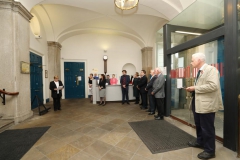 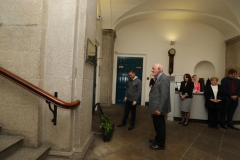 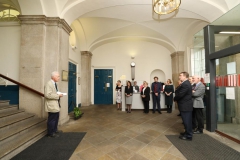 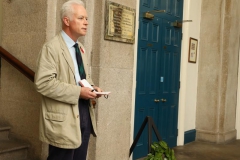 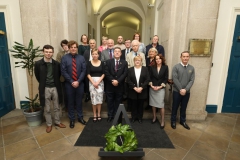 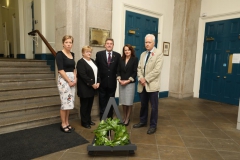 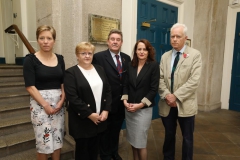 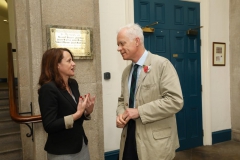 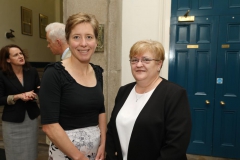 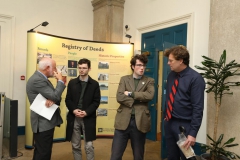 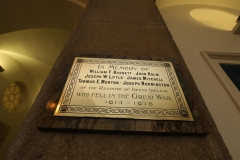